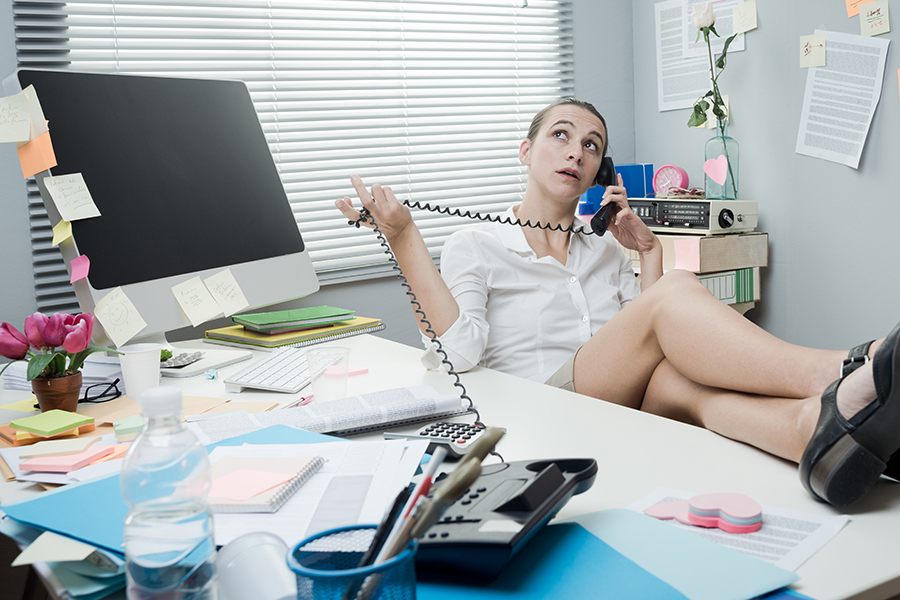 At one time or another, we’ve all been faced with a task we just can’t get started on. For students, it’s often that end-of-year thesis they need to get a passing grade. For professionals, it might be a presentation or a proposal. It could even be something emotionally daunting, such as beginning a difficult conversation you know you must have, or getting up the nerve to speak during a meeting.

It isn’t necessarily that you don’t want to do the task. But actually sitting down to start can feel almost impossible. What are the things holding you back from that initial push to get started and how can you move past them and plunge right in?

What science says about procrastination

Experts define procrastination as the voluntary delay of some important task that we need to do, despite knowing that we’ll suffer as a result. In research settings, it’s been observed that people who procrastinate have higher levels of stress and lower well-being. Procrastination can negatively impact learning, achievement, and even quality of life.

“Procrastination is increasingly recognized as involving a failure in self-regulation such that procrastinators, relative to non-procrastinators, may have a reduced ability to resist social temptations, pleasurable activities, and immediate rewards when the . . . benefits of preparation are distant,” revealed one study of college students. The study examined nine different aspects of self-reported executive functioning associated with academic procrastination.

The authors of the study found that anything from impulsivity to self-monitoring, planning, activity shifting, task initiation, task monitoring, emotional control, working memory, or orderliness can keep you from getting started on a task.

That’s comforting in a way, because your particular challenges with getting started are very likely altogether different from someone else’s. for example, low conscientiousness might be the cause of procrastination for some people, but you might suffer from a surplus of perfectionism – which sounds rather good, but it still keeps you from getting started.

While understanding why our brains perpetually postpone things, it doesn’t cure the habit. The solution for procrastination is outsmarting it: You can trick yourself into productivity. Below are some clever strategies devised by specialists in the field. You don’t need to pick just one; you can make use of them all to handle whatever obstacle your procrastination-prone brain might toss in your path.

The good news is, once you do get started on a task, your perceptions of it will change dramatically, in the best way possible. You’ll view the task as less stressful, difficult, and unpleasant than you did at the start. Not only that, you’ll also shift your perceptions of yourself. Because once you get started on something, even if you don’t finish it, you’ll have made some progress and perhaps even established a bit of momentum. You’ll have gained confidence, exercised control, and maybe even effected lasting change in the way you approach all your tasks.