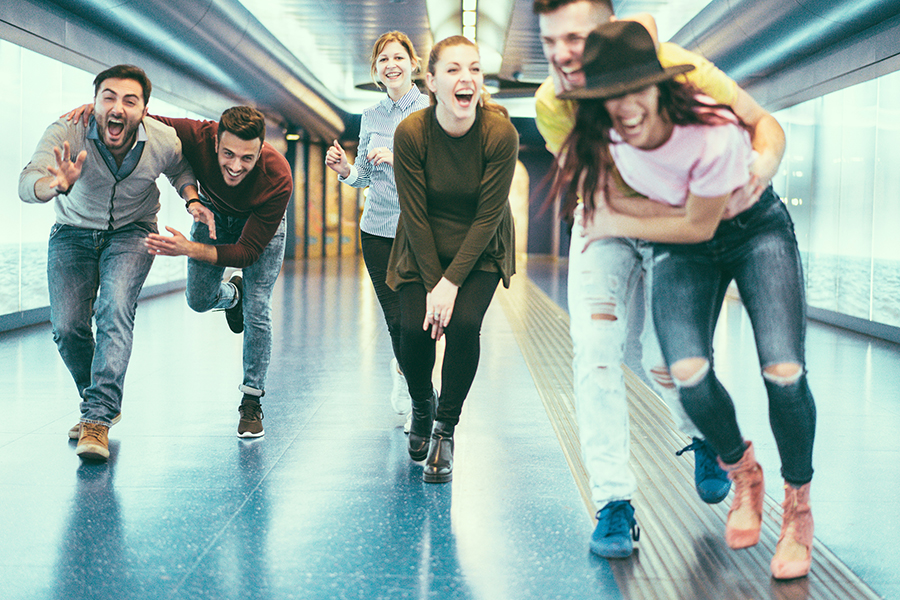 Just when you thought you’d begun to understand the millennial mindset, along comes a new generation with a whole new set of habits, characteristics, and desires.

They’re the world’s first “digital natives”: the generation who cut their teeth (often quite literally) on smartphones and tablets. They were born during or after the introduction of digital technologies and have an almost innate ability to speak the language of computers, video games, and the Internet.

And they’re coming to a workplace near you – maybe even yours! – very soon. So… what should managers and employers expect?

Sarah Kessler, Deputy Editor of Quartz At Work, curated a fascinating collection of comments about Generation Z from surveys, magazines, HR experts, business managers, and thought leaders, from all over the Internet.

Here are some of the most important.

“These folks are really different from Millennials,” said Melissa Murray Bailey, president for the Americas at Universum, a global research and advisory firm in Stockholm. “The key thing we see with this group is that they’re global, they’re well-connected and they’ve had to deal with a lot of uncertainty.” Generation Z came of age in a post-September 11 world saturated with news of terrorism, war and economic distress. “This has caused them to be target-oriented, planning careers and seeking job security earlier than previous cohorts”, added Bailey.

“It’s time to shift the efforts to Generation Z,” says an article from staffmanagement.com. In a few years, “this group will account for 20 % of the workforce, and they have a growing list of expectations. They care about benefits like health insurance, competitive pay and a boss they can respect. They also expect to have an open and professional relationship with senior employees because they want the opportunity to ask questions and receive support. Rather than wanting a better work-life balance, they’re seeking work-life integration and the ability to blend the two at their convenience”.

“Generation Z is extremely career focused”, says new research from Monster. “We’re seeing drastic differences between what drives employees in Gen Z compared to previous generations like Millennials,” said Monster’s Seth Matheson, referring to the fact that the majority of Gen Z (67%) is willing to relocate for a good job, and 58% say “bring it” to working nights and weekends for a better salary, compared to 41% across all working generations.

“The key to successfully attracting and engaging Gen Z throughout their candidate journey will be a strong employer brand that is consistent across technologies,” added Matheson. “Organizational brands will need to be transparent, adaptable, personable and memorable, targeting the brand’s ideal Gen Z employees through tools like social recruiting and talent CRM targeted emails.”

“Working for an organization that aligns with their social compass is important…” In fact, it could even be the deciding factor when members of Gen Z choose their careers or the companies they work for. Additional data from this BridgeWorks report states that when Gen Z was asked what professional success meant to them, they consistently chose options connected to societal impact. To them, making a difference at work and working for a company that gives back or that takes a stand on social issues they are interested in were more indicative of success than autonomy and financial stability. This comes as no surprise as this generation has witnessed and actively engaged with a striking number of social justice movements for change, from LGBTQ rights, women’s rights and gender inclusion, to fighting against racial injustice.

“You’d think they’d use Facebook or Snapchat to communicate, but the opposite is true.” According to an article in Entrepreneur.com, “the majority of Gen Z respondents say they prefer in-person communications with managers (51 %), as opposed to emailing (16 %) or instant messaging (11 %).”

In fact, the five key attributes of Generation Z every employer should know about as they begin to enter the workforce are these:

Are you and your company prepared to meet, make room for, and manage this multi-talented generation?