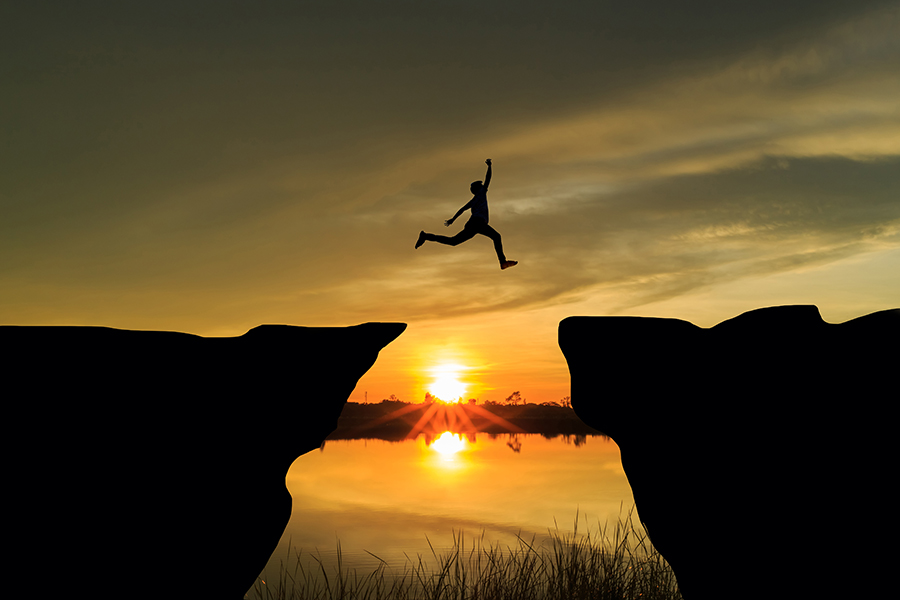 Are you thinking about a career change? Are you bored, distracted, envious of your friends’ jobs? Do you fantasize about what you could’ve been if you’d decided to major in the arts instead of finance? If you answered “Yes” to any of these questions, perhaps it is time for you to find a new path and follow it. But even thinking about taking the leap is frightening. You’re worried about failure. Earning a lower salary. Suddenly being a beginner again. But everyone who’s made a career change has faced the same fears. And after taking the leap, most of them have said, “I only wish I had done it sooner.”

Here are five stories about people – some famous, some not – who made career changes and never regretted it for a minute. Maybe they’ll inspire you to do the same.

1. From investment banker to the world’s 5th richest man

One day in 1994, Jeff Bezos was sitting at his desk at Manhattan hedge fund D.E. Shaw when he noticed a shocking statistic: The number of users of the then-newly commercialized Internet was growing at the rate of 2300% a year. A while later, on a cross-country trip with his new wife, he formulated the concept behind what would become his ultra-successful online retail marketplace. By using his knowledge of technology and his understanding of business strategy and consumer tendencies acquired from his job as an investment banker, he launched what would become Amazon.com.

The payoff for his change of tack has been profound: in 2016, Forbes estimated Bezos’ net worth at almost $50 billion, making him one of the five richest men on earth.

Most of you probably know Lisa Kudrow best as the lovable and loony Phoebe Buffay on the hit sitcom Friends. But before making it in Hollywood, Kudrow got a Bachelor of Science degree in Biology from Vassar and worked on the staff of her father’s company researching headache treatments for eight years. She even earned a research credit on his study on the comparative likelihood of left-handed individuals developing cluster headaches!

Kudrow is proof that you can start out in one career before moving on to do something at the absolute opposite end of the spectrum.

3. From selling houses to motivating the masses

When you’re feeling really stuck in your job, think of life coach and motivational speaker Susan Hyatt, who started her career in residential real estate but felt “suffocated”. After reading a self-help book about fulfilling one’s own potential, she was motivated to make a drastic career change. She discovered life coaching and then went on to become a motivational speaker who has been featured in Cosmopolitan, Woman’s World and O: The Oprah Magazine.

Of her second career, Hyatt says, “Life coaching has been the great vocational love affair of my life.”
>

Not all of our examples are about famous people. Andrew Lamie worked as a director for both amateur and professional golf tournaments when he decided he wanted a new career with more stability. In his previous position, there was a lot of variation in the amount of work, as well as a lot of travel. He wanted a job where he could better balance life and work, but above all, he was looking for potential – the potential to start a new, successful career, and to earn as much as he was able to sell.

Lamie’s leap took him back to the bottom of the career ladder, but now he’s an account manager in inside sales at Strategic Mobility Group – and he’s happier than ever. He only golfs on weekends.

5. From account exec to onboarding specialist – in the same company

A major career move doesn’t always mean leaving one company for another. Sometimes all it takes is a change from one department to another. After more than two years as an account executive at The Muse, Yanina Ostrovsky transferred within the company from a sales-focused role into a new position as a client onboarding specialist. While she’s still unsure of exactly where she wants her career to go, she’s realized that other factors (like the company, the people, the industry, etc.) can be more important than the actual job itself.

We agree with her career advice to others: “It’s OK to not know what you want to do or change your mind about a career path. Just make sure what you’re doing is in line with what’s important to you at the core!” Your “career switch” might not happen overnight, and it will most likely require a lot of disciplined work, additional training and loads of patience, but it’s certainly not impossible or unattainable. If you’re unhappy or bored, make a new plan, take baby steps and begin to set things in motion.