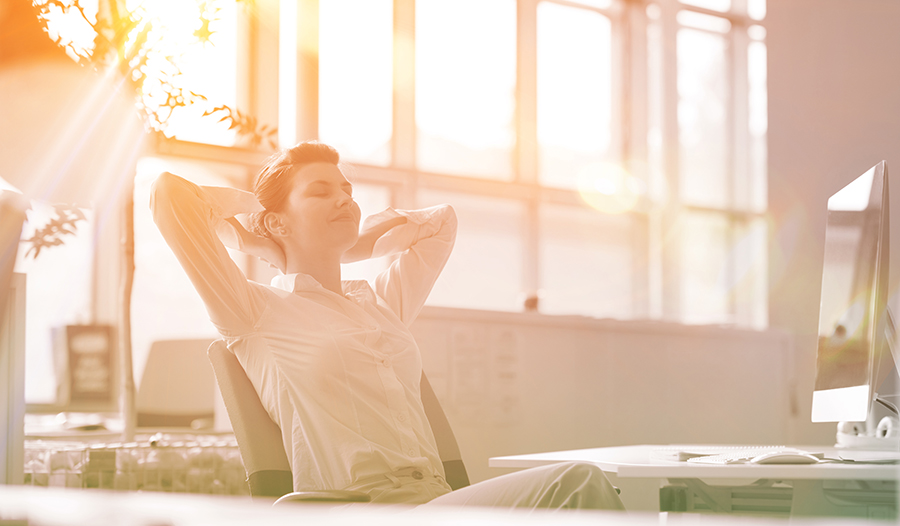 In our networked society we’re at risk of becoming victims of information overload. Introspection and reflection are becoming lost arts as the temptation to ‘check my email one more time’ or ‘just send out this last tweet’ is often too great to resist. But thinking that life should be busy and chaotic and that people require our constant presence and attention is a trap. In fact, slacking off and setting aside regular periods of ‘doing nothing’ may be the best thing we can do to induce states of mind that nurture our imagination and improve our mental health.

Doing nothing is not laziness

Doing nothing has never really been acceptable. We associate it with irresponsibility, indolence, wasting our lives. Because doing nothing appears to be the opposite of being productive. And productivity, whether creative, intellectual or industrial, is considered to be the ultimate use of our time.

In many contemporary organizations, work addicts are highly encouraged, supported and even rewarded. Some employers say, “I’m paying that person a good wage, why aren’t they at their desk working?” But there isn’t necessarily a positive relationship between the number of hours worked and productivity: on the contrary, a workaholic environment may contribute to serious personal and mental health problems including low morale, depression, substance abuse, workplace harassment, relationship breakdown and above average absenteeism.

Think of the brain as a muscle

Think of mental work as doing push-ups, says Josh Davis, author of Two Awesome Hours. Say you want to do 10,000. The most ‘efficient’ way would be to do them all at once without a break. We know instinctively, though, that that is impossible. Instead, if we did just a few at a time, stretched out over weeks, hitting 10,000 would become far more feasible. “The brain is very much like a muscle in this respect,” Davis writes. “Set up the wrong conditions through constant work and we can accomplish little. Set up the right conditions and there is probably little we can’t do.”

Unfortunately, many of us think of our brains not as a muscle, but as a computer: a machine capable of constant work. Yet studies have shown that people who worked more than 11 hours a day are almost 2.5 times more likely to have a major depressive episode than those who worked seven to eight.

You deserve a break – several times a day

When we’re pushing ourselves to the edge of our capabilities, we need more breaks than we think. Stockholm University Psychologist K. Anders Ericsson has found that when engaging in the kind of ‘deliberate practice’ necessary to truly master any skill, most people can only handle an hour without taking a rest. And people like elite musicians, authors and athletes, never dedicate more than five hours a day consistently to their craft.

What about the average worker? One famous survey of almost 2,000 full-time office workers in the UK found that people were only productive for 2 hours and 53 minutes out of an eight-hour day. The rest of the time was spent checking social media, reading the news, having non-work-related chats with colleagues, eating – and even searching for new jobs. The research has been clear for a while now that long workdays don’t get the best from people. Moreover, toward the end of the day, performance begins to flatline or even worsen, Ericsson said. Many studies found that taking short breaks from their tasks helped participants maintain their focus and continue performing at a high level. Not taking breaks made their performance worse.

“The idea that you can indefinitely stretch out your deep focus and productivity time to these arbitrary limits is really wrong. It’s self-defeating,” says research scientist Andrew Smart, author of Autopilot. “If you’re constantly putting yourself into this cognitive debt, where your physiology is saying ‘I need a break’ but you keep pushing yourself, you get this low-level stress response that’s chronic – and, over time, extraordinarily dangerous.”

Doing nothing – or having nothing to do – are valuable opportunities for stimulating unconscious thought processes. And unconscious thought helps us assimilate and associate information by subconsciously carrying out searches across our own knowledge databases. When we are free of conventional constraints, we’re more likely to generate novel ideas than when we consciously focus on problem solving. The suggestion here is that as well as being the best thing for our mental health, doing nothing – or slacking off – may turn out to be the best way to resolve complex issues.