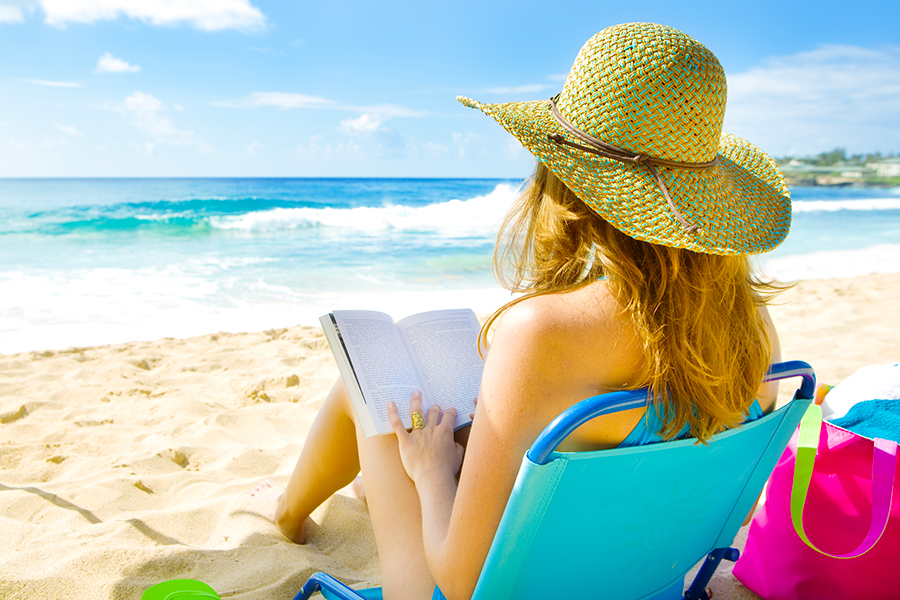 The Surprising Books Smart People Are Taking to the Beach

And they’re not about productivity! In fact, some are science fiction. Others are thrillers. Several are non-fiction. The one thing they all have in common is that they pack a powerful punch, one way or another, whether psychological, emotional, or intellectual.

Take Neal Stephenson’s “Seveneves”. In this science fiction blockbuster, something hits the moon, and it starts to break up. Earth’s leaders have two years to figure out how to preserve the human race before the planet’s surface is destroyed by the “Hard Rain,” a continuous pummeling of pieces of the former moon. Up on a space station, about 1,700 survivors have to figure out how their descendants will stay alive for the 5,000 years it will take for the Hard Rain to stop falling.

Guess who’s got it in their book bag this summer? Bill Gates. And President Barack Obama.

Then there’s “The Girls: A Novel”, by Emma Cline. Everyone knows the business world’s not only about business. It’s also about… manipulation. Set in the late 1960s in Northern California, “The Girls” stars 14-year-old Evie, an innocent attracted to a group of carefree girls in a park, who eventually gets drawn into their Charles Manson-like cult. It’s dark without being melodramatic, utterly believable, and absolutely terrifying.

Who’s buying it? The traders on Wall Street (and anyone who wants to read it before the movie comes out).

If you want to read about fashion, submarines, and shark repellant, Mary Roach’s “Grunt: The Curious Science of Humans at War” is for you. Though all Roach’s “weird science” books look at the human body in extreme situations (“Bonk” is about sex; “Packing for Mars” is about space, and “Stiff” is about what happens to us after death…), her new book isn’t simply a blood-drenched affair. Instead, Roach looks at the unexpected things that take place behind the scenes – protecting the hearing of snipers, penis transplants, playing paintball with the US Marine Corps, and the debilitating effects of travel on the digestive system.

The audience for this book? Scientists, surgeons, politicians, the military, the families of the military, and anyone who wants to learn about guns that shoot chickens. Oh, and Oprah.

In “Between the World and Me”, written as a letter to his son, author Ta-Nehisi Coates confronts the notion of race in America and how it has shaped American history, many times at the cost of black bodies and lives. Exploring personal and historical events, from his time at Howard University to the Civil War, the author poignantly asks and attempts to answer difficult questions that plague modern society. This timely work will particularly resonate with teens – those who have experienced racism as well as those who have followed the recent news coverage on violence against people of color.  Coates’ writing is excellent, and he describes how understanding starts with communication – not assumption. This book will open your eyes and increase your empathy.

Shivani Siroya, CEO of InVenture, is reading it. And she’s not the only one: the book is a New York Times bestseller, won the National Book Award, was a Pulitzer Prize finalist, and has sold more than a million copies and counting.

Other popular reads this summer include “The Girl With the Lower Back Tattoo” by comedian Amy Schumer, “Homegoing” by Yaa Gyasi, “Heroes of the Frontier” by Dave Eggers, and “Shoe Dog” by Phil Knight – a memoir from the founder of Nike shoes. So how about you? What’s on your reading list this summer?