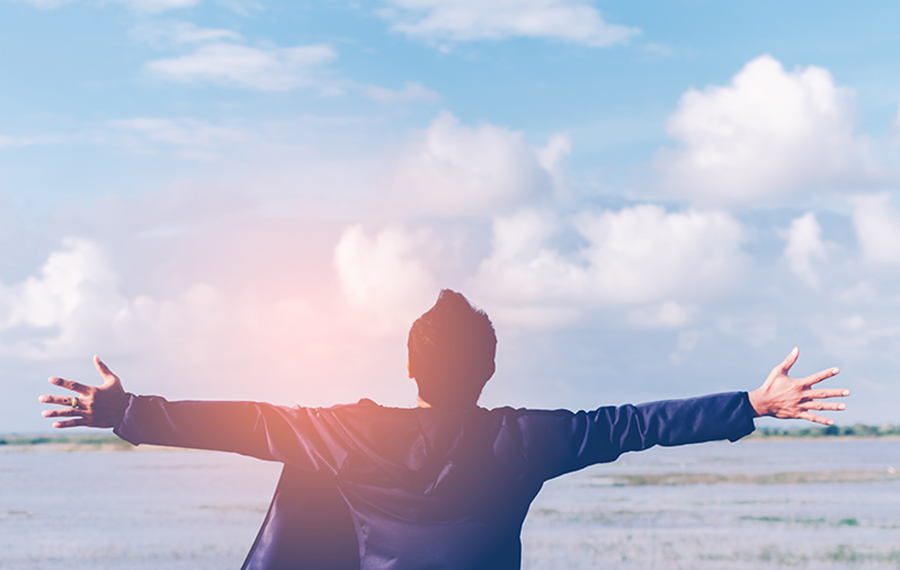 Obviously, everyone wants to be more successful. But everything we read about how to achieve success sounds like a lot of work. Wouldn’t it be wonderful if there was a scientifically proven method that’s less work and more fun?

Surprise! There is. And we have Shawn Achor to thank for it.

After spending twelve years at Harvard University, Achor has become one of the world’s leading experts on the connection between happiness and success. He’s the bestselling author of The Happiness Advantage and he gave an extremely popular and absolutely hilarious TED talk that has been seen well over 16 million times (watch it when you’re on a break or at home as you will literally laugh out loud).

Achor has lectured in more than 50 countries, speaking to Fortune 100 companies, CEOs in China, doctors in Dubai, schoolchildren in South Africa, and farmers in Zimbabwe. And what he discovered is that success doesn’t bring happiness. On the contrary: it is happiness that brings success.

Most companies and schools follow this formula: if you work harder, you’ll be more successful, and then you’ll be happy. This formula is scientifically backward. A decade of research shows that training your brain to be positive at work first actually fuels greater success second. In fact, 75% of your job success is predicted not by intelligence, but by your optimism, social support network and ability to manage energy and stress in a positive way. Through his research, Achor discovered patterns which create a happiness advantage for the highest performers at a given company.

Rather than ignoring the exceptions from the data he compounded, Achor concentrated on them. “Instead of deleting those people that are weirdos in the data, what we do is we intentionally study them. We try and find out why it is that while an entire sales force has low numbers, we’re finding three or four people whose sales are skyrocketing… By studying those outliers, what we’re doing is we’re gleaning information not on how to move subpar performers up toward that average point, but how to move people from average to superior.”

“If we can get somebody to raise their levels of optimism or deepen their social connection or raise happiness, it turns out every single business and educational outcome we know how to test for improves dramatically. You can increase your success rates for the rest of your life and your happiness levels will flatline, but if you raise your level of happiness and deepen optimism it turns out every single one of your success rates rises dramatically compared to what it would have been at negative, neutral, or stressed”, states Achor.

“When you look at outliers on the graph, you find people who actually break the tyranny of genes and environment by creating these conscious positive habits that actually cause them to interact with life in a more positive way with higher levels of success, lower levels of stress, and higher levels of resilience. They do it by changing their mindset and changing their habits, and by doing so they actually trump their genes. Most people accept that they’re just born some way and that’s how they’re going to be the rest of their life, and whatever they were last year is what they’re going to be this year. I think positive psychology shows us that that doesn’t actually have to be the case.”

Achor is saying that you can rewire yourself to be happier through thinking positively, through optimism – the belief that your behavior matters in the face of challenge, and above all, through growing your social network to deepen and strengthen your “safety net”.

“The people who survive stress the best are the ones who actually increase their social investments in the middle of stress, which is the opposite of what most of us do. It turns out that social connection is the greatest predictor of happiness we have… When we run social support metrics, they trump everything else we do, every time.”

And there you have it: happiness, success… and deep, meaningful relationships too. Who could ask for anything more?