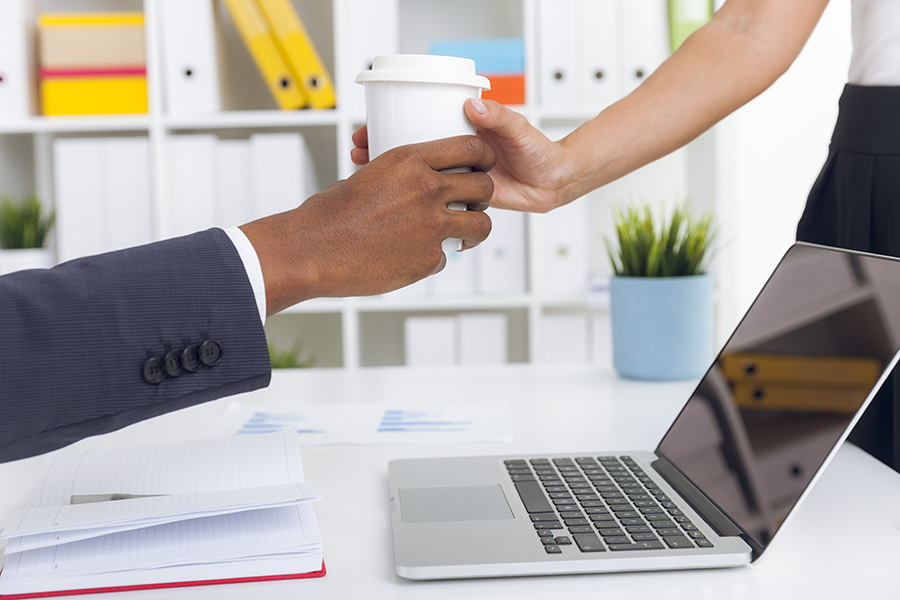 Given how much time we spend at work, having a bad coworker can really wreck your mood. It can even affect your job performance. Because how you deal with a colleague who doesn’t really pull his weight, or how you react when a team member takes credit for your ideas could very well make the difference between having a good job and having a lousy job.

So rather than complaining, the secret is to do what they expect the least: be nice. According to numerous studies, being nice to your coworkers – not just tolerating them, but actively working to make their day more pleasant – can make things better for you, too.

The kill them with kindness study

Researcher Nathaniel Fast says that most workplace conflict arises because people’s egos are threatened. Our work is directly connected to our livelihood; if it’s threatened, we’re likely to lash out, even if it’s in subconscious ways. That acting out can take the form of bullying, underhanded comments, passive aggressiveness, and any number of other behaviors that you find distasteful. So what to do?

Fast suggests offering gratitude. If someone has been short with you, or said something that might have offended you, try being extra pleasant while chit-chatting rather than offering a cold shoulder. Or perhaps you can offer to buy them a cup of coffee the next day, or ask if they’d like to join you for lunch. Your kindness may very well help them become aware of their own behavior, and the situation may not escalate to a point of even needing to confront it.

Another way this works is to find at least one thing about that coworker you do like and focus on that rather than the traits that annoy you. Maybe they’re into dogs and you can talk about your new puppy to them, or they enjoy the same sports like you do so you can talk about your favorite teams. As your conflict lessens, you may be surprised to find you actually like this person – you simply dislike one or two of his habits.

The more you offer kindness, the more kindness you’ll receive. Even from the grumpiest of colleagues. Because it’s entirely possible no one ever took the time to be kind to the grumpiest guy in the room.

The random acts of kindness study

In a monthlong study by the American Psychological Association of workers from Coca Cola’s Madrid site, Participants were told they were part of a happiness study, and once a week for four weeks they checked in to report how they were feeling, in terms of mood and life satisfaction, and their experience of positive and negative behaviors, including how many they had carried out towards others, and how many others had made towards them. Four weeks later, the participants completed further measures, such as of their happiness and job satisfaction.

Unbeknownst to most of the group, 19 of the participants were in cahoots with the researchers: they were “givers” whose task each week was to perform acts of kindness towards some of their co-workers (they were to refrain from showing kindness to other co-workers who served as a control group). It was

up to the givers what generous acts they performed; examples of the favors they performed included bringing someone a drink, and emailing a thank-you note.

So what did a month of extra kindness mean for the workers who were on the receiving end, for the givers, and for the organization as a whole?

The acts of kindness don’t go unnoticed. The receivers observed more prosocial behaviors in the office and by the end of the study, they were reporting ten times more prosocial behaviors than the controls. In addition, receivers’ level of “felt autonomy” – essentially how much they felt in control of their days at work – were higher than controls over the course of the study. One month after the study ended, the receivers were also enjoying significantly higher levels of happiness than controls.

Gestures of kindness seem to create a snowball effect: in the above study, workers on the receiving end of acts of kindness tended to turn around and do something nice for another of their colleagues, going out of their way to show goodwill three times as often as employees in the control group, who hadn’t been the beneficiary of any planned acts of kindness.

It would appear that workplace acts of kindness – freely chosen – create virtuous cycles within organizations, benefiting not only the recipients, but also the givers, and the climate at large. So what are you waiting for? Start growing a kindness environment of your own.