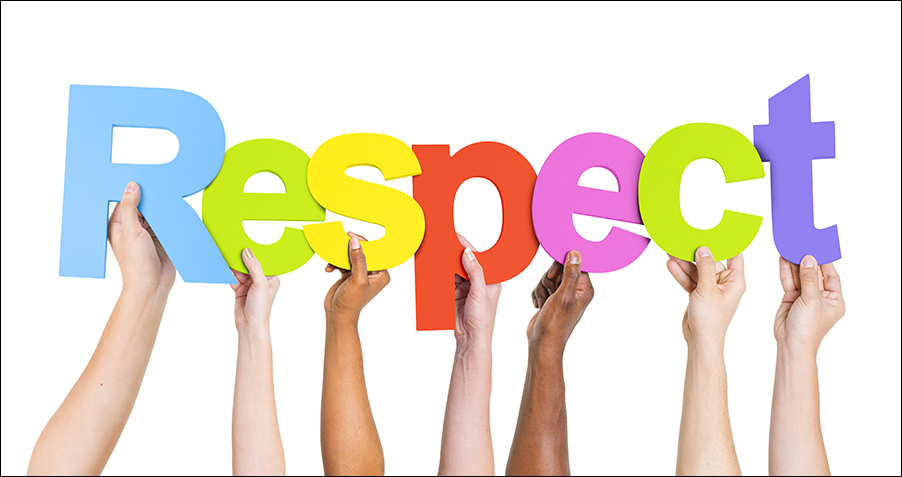 Respect isn’t something that’s handed out on a silver platter; it’s got to be earned. And it’s hard to earn. Not only that, it’s hard to keep. But you need it if you want to enjoy a healthy, high-potential professional relationship with your manager. Because the more you’re respected, the more you’ll be trusted, appreciated, and valued. And that can translate into promotions and bonuses for you down the road.

Respect is generally defined as a feeling of deep admiration for someone or something elicited by their abilities, qualities, or achievements. Respect from your boss has many layers, according to Michael Watkins, chairman of Genesis Advisers and a professor at IMD. It begins with being seen as “someone worth keeping and someone [your boss] wants to have as part of his team.” It progresses to being viewed as an employee deserving of “interesting and challenging assignments,” and finally as an employee that your manager “wants to invest in and develop because he thinks you have a bright future.”

6 Ways to Earn Your Manager’s Respect

The first step in earning your manager’s respect is, of course, doing your job and doing it well. To accomplish this, you must be really clear on your capabilities and not promise to deliver a three-day project in two days. it’s better to admit it will take you longer to make it perfect than to miss the deadline or deliver sub-par quality work because you were rushed. Delivering your projects on time consistently will build a foundation of trust between you and your boss and he’ll come to rely on you.

If something goes wrong with a project or with a client, don’t blame it on forces beyond your control. Owning up to where you’ve gone wrong and promising to do better next time is a great way to earn your manager’s respect. It shows leadership when you take ownership of your problems, and maturity when you show willingness to face the consequences. Everyone makes mistakes, but only the mature, honest and confident are able to accept them with grace. Managers respect these qualities.

3. Adapt your work style to that of your manager

Part of becoming a valued employee requires that you find out how to best communicate with your manager. Does he like email, texts, or face-to-face conversations? How often does he want to hear from you? Ask him how much detail he desires. If there is a mismatch between the way you and your boss like to work, you

need to initiate a conversation where each side explains the reason for his behavior. Regular conversations will clarify your manager’s preferences and help you to work together efficiently.

4. Build healthy relationships with your colleagues

Earning the esteem of your colleagues is vital to earning the respect of your boss. You might not realize it, but your boss is constantly making assessments through direct observation and also through other people via their feedback. He’s paying careful attention to how you fit in with the team. Your boss can pick up on office dynamics and if you’re one of the few who can get along with anybody, he’ll respect you more as a result. You needn’t become fast friends with everyone, but small talk, pleasant conversations, and occasionally lending a helping hand will not go unnoticed.

5. You were hired because you have a voice, so use it

Bosses respect people who aren’t afraid to speak their minds – even if that opinion differs from everyone else’s. Good bosses respect people who express themselves honestly, whether or not they agree with the opinions expressed. Alternative perspectives can illuminate possible new solutions and options that might not have otherwise been addressed. After all, you have access to different information than your manager does, which makes your opinion and perspective valuable. You need to be courageous enough to bring it up to the boss when you disagree. But be discreet: if your opinion is highly divergent, perhaps you should express it in private.

Your boss has a lot on his plate, and nothing will win his respect faster than making his job easier. There are many ways you can do that. One is by bringing new ideas to the table. If you have an idea for streamlining a process, think it through, plot it out, then suggest it. He might shoot it down, but it could be just what he’s looking for. And never go to your boss with problems: go to him with solutions already in mind. Try to give your boss status updates before he asks for them. Keep him up to date on news he might not have seen. As a rule, be proactive whenever possible. Simply put, do everything you can to make his workday run more smoothly.

By consistently showing initiative, empathy, and a willingness to take on added responsibilities, while displaying a thorough understanding not only of your company’s philosophy and objectives but also of your manager’s personality and his specific desires and goals, you’ll make yourself indispensable – thereby earning the respect you deserve, not just of your manager, but of everyone from your colleagues to the C-suite.