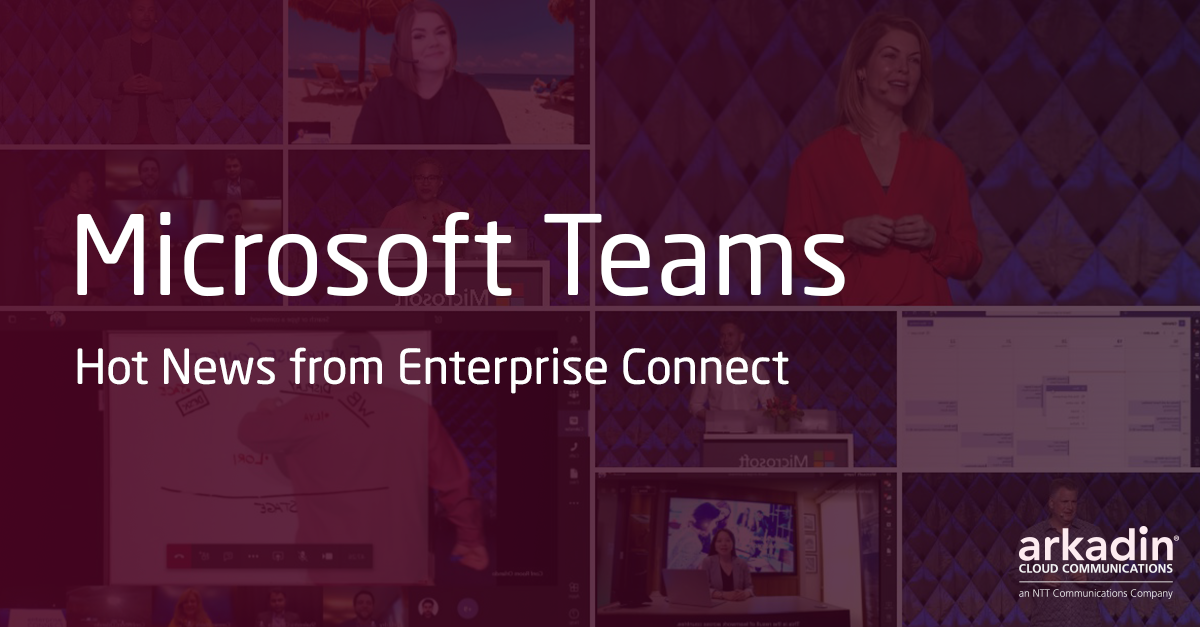 It’s Enterprise Connect right now in Orlando and our team is on site informing as well as keeping track of what’s coming in the world of Enterprise Communications. Here is the hottest news regarding Microsoft Teams from our UC product manager, John Faria:

I’ve just come out of Microsoft Keynote session with Lori Wright and her team of product managers where we got to see what’s coming on Microsoft Teams this year. I thought I’d share with you some quick bullet points of the highlights.

The first announcement was that 500,000 customers are now using Microsoft Teams. That’s a pretty impressive number by any standards for an application that’s still so new. And there are a number of really exciting new features on the way. So, there’s my rough and ready summary of what we got to see. Looks like an exciting year ahead from Microsoft Teams!

Don’t have Microsoft Teams, yet, but thinking about upgrading? Find out if you’re ready: John Faria is a Global UC Product Manager, having joined Arkadin in 2017. His area of expertise is in delivering Unified Communications Transformations for large enterprise customers. John joined Arkadin from Applicable, where he was a key contributor to the development of their UC Cloud business prior to the acquisition by Arkadin last year. As the Head of the Applicable Project Office, John has an extensive background in delivering large-scale enterprise UC projects. He brings his experience with him and is now part of the UC Service Line team, strengthening and expanding Arkadin's UC Services portfolio.