There is a gender gap in the global workforce, especially in the upper echelons. In fact, among the world’s largest 500 companies, only 10.9 percent of senior executives are women, according to Weber Schandwick’s Gender Forward Pioneer Index. 37 percent of these companies have all-male leadership teams, while another 21 percent have only one woman.

That translates into substantial lost income, because studies have revealed that gender diversity at the management level makes companies more profitable. McKinsey’s 2017 Diversity Matters report has shown that companies in the top quartile for gender diversity are 21 percent more likely to have financial returns above their respective national industry medians.

To put that into perspective, here’s a statement from a Peterson Institute survey of 21,980 firms in 91 countries: “A profitable firm at which 30 percent of leaders are women could expect to add more than 1 percentage point to its net margin compared with an otherwise similar firm with no female leaders. “By way of comparison, the typical profitable firm in our sample had a net profit margin of 6.4 percent, so a 1 percentage point increase represents a 15 percent boost to profitability.”

A Glassdoor survey found that 67% of job seekers look at workforce diversity when evaluating an offer. Top female candidates, in particular, care about gender diverse work environments. Another recent survey found that 61% of women look at the gender diversity of the employer’s leadership team when deciding where to work. The result? The most desirable talents prefer companies that are strong on diversity, and this may be why more diverse firms tend to outperform their peers.

Addressing diversity is, of course, a vast undertaking, so we chose to begin by aiming for a better balance of women in our workplace. Diversity is not only an issue of economic profitability, but also of competitiveness and social performance, both for Arkadin and for every forward-thinking company. Diversity aligns with our core values, particularly those of Respect and Working Together.

Women@Arkadin has been founded on four pillars: HIRE, PROMOTE, CONNECT, and COMMUNICATE.

We’re proud of this new initiative and optimistic about the positive changes it will bring. Diversity opens companies up to a much wider range of talents, skills, and experiences than ever before, and we believe our commitment to diversity will enable the creation of a powerful, profitable new workplace dynamic.

Mélanie is Senior Product Manager at Arkadin. She joined Arkadin in 2013 as Video Product Manager based in Montpellier, south of France. With 15 years of experience in software product management, she is known for her project management skills and the ability to manage business, strategic and technical priorities while driving user experience. Since its launch March 2018, she is responsible for the Women @ Arkadin initiative that promotes gender diversity within the company. 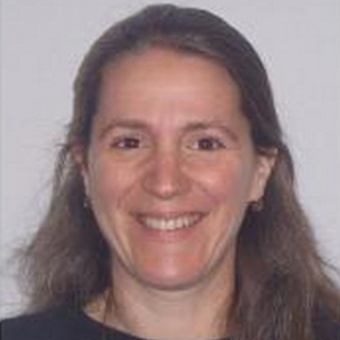