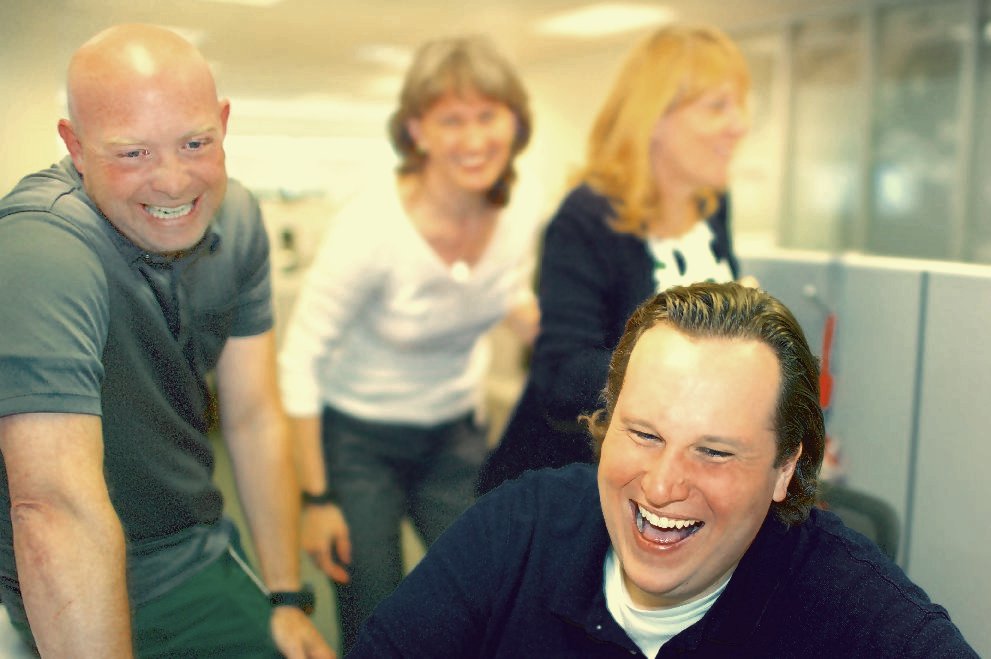 What motivates people to do their best work? For most, it has to do with things like job satisfaction, being respected and having an opportunity to make a difference. But what gives people the feeling that their work is more than just a job? The answer is simple: values.
When a company and its leaders define and stand by their core values and encourage their people to share those values and live them every day, that company becomes a desirable place to work. For example, if a company’s values include innovation, sharing, enjoyment, and learning, those values will not only define the way that company is run – they’ll define the types of talents that company will attract.

What exactly is a corporate culture?

The definition of “corporate culture” is rather nebulous. It varies from one enterprise to the next. But generally speaking, a culture is a set of written and unwritten rules of how people work: with each other, with customers, and with other stakeholders. Culture includes the values, beliefs, behaviors, and reward systems that influence people’s actions on a day-to-day basis. It is driven by top leadership and becomes deeply embedded in the company in innumerable ways.
According to Investopedia, “Often, corporate culture is implied, not expressly defined, and develops organically over time from the cumulative traits of the people the company hires. A company’s culture will be reflected in its dress code, business hours, office setup, employee benefits, turnover, hiring decisions, treatment of clients, client satisfaction and every other aspect of operations.”
“Culture brings together the implicit and explicit reward systems that define how an organization works in practice, no matter what an organizational chart, business strategy, or corporate mission statement may say”, according to the Deloitte 2016 Human Capital Trends report.

Each year, Fortune publishes a list of the 100 Best Companies to Work For. For years, Google has topped the list. Its company culture is legendary, and for good reason: while Google is known as “the world’s most fun place to work”, with free gourmet snacks, pet-friendly offices, and on-site gyms, it’s also got a sterling set of values any company could envy. Some of their values include “We want to work with great people”; “Innovation is our lifeblood”; “Be actively involved: You are Google”; “We aspire to improve and change the world”…
Google got it right. But many other companies offer great perks too. The thing is, when perks aren’t backed by a value-based culture, they soon grow boring and can’t retain people for very long.
Far more important for ensuring employee loyalty is a culture that offers people meaningful work, learning opportunities, two-way feedback, and a sense of personally contributing to the company’s success. A company culture that offers flex time or telecommuting options is highly sought-after among millennials, for example. And recognition – well, everyone wants recognition. Then there are rewards: no self-respecting corporate culture should be without a generous policy of rewards and recompenses.

How corporate culture will affect HR in the coming years

The Deloitte report goes on to say that “few factors contribute more to business success than culture—the system of values, beliefs, and behaviors that shape how real work gets done within an organization” (yet another definition of culture!). “Its close connection to performance is not lost on HR and business executives: nearly nine in ten (87 percent) of our survey respondents say that culture is important, and 54 percent rate it as very important”.
As the emphasis placed on culture and its accompanying values grows, it is obvious that Human Resources departments will be called upon to assume new responsibilities. As companies attempt to shape and improve their culture, HR has an opportunity to assume the role of champion, monitor, and communicator of culture both within and without the organization.
HR is being asked redesign almost everything it does—from recruiting to performance management to onboarding to rewards systems. It looks like the new title of the HR leader is no longer “chief talent executive” but “chief employee experience officer”!

To discover how Arkadin has responded to this challenge, be sure to visit Arkadin’s new careers site at https://careers.arkadin.com, to be launched next Wednesday, March 30th, 2016.