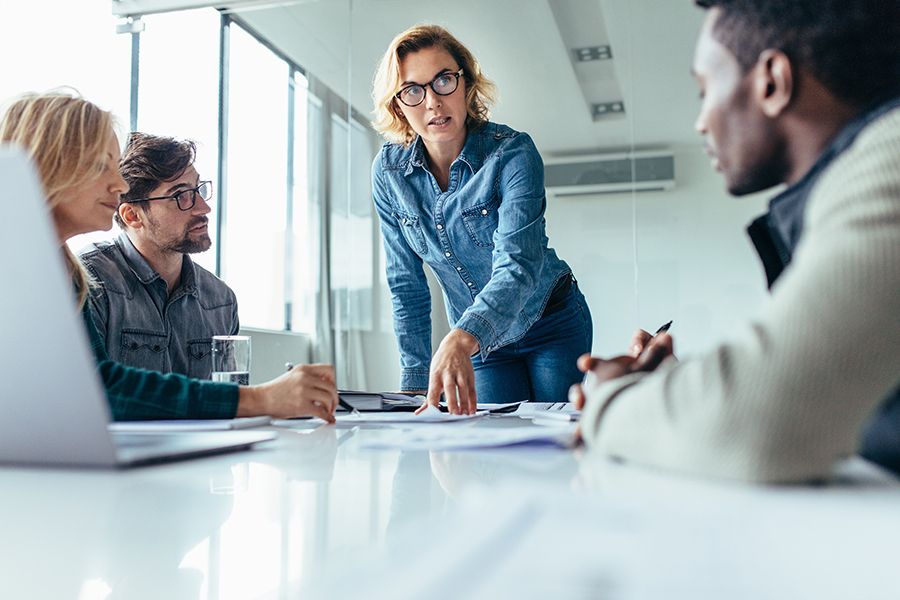 Despite the fact that women account for half the world’s population, fewer than one in 10 companies have a female chair or Chief Executive Officer. Other data from October 2017 revealed that women accounted for just 25.3 % of board members in the largest publicly listed companies registered in the European Union. Another analysis by 24/7 Wall St. in mid-2016 revealed that of the 234 companies that own almost 2,000 of the world’s most recognized consumer brands, only 14 of the companies had a female CEO, while nine of them had no women at all serving in executive positions or on their boards.

And yet, according to a Morgan Stanley report, more gender diversity, particularly in corporate settings, can translate to increased productivity, greater innovation, better products, better decision-making, and higher employee retention and satisfaction.

According to Experteer.com, “research from various countries suggests that companies with a higher representation of women at the most senior levels deliver stronger organizational and financial performance as well as better corporate governance. Moreover, the lack of women in leadership positions means that female talent is being underused and human capital wasted.”

Why women are underrepresented in management

Obviously, some of the predominant reasons have to do with limited access to education, labor market conditions and cultural attitudes, especially in certain countries around the world.

But in general, women are subject to sex stereotyping. When a woman is in a leadership or management position, she is often seen as “pushy and aggressive”, even though a man with these identical traits is usually viewed as “strong-minded and assertive”. Another preconceived notion is that women aren’t ambitious. This myth inhibits many women from trying to set and achieve goals. Research indicates that “A woman’s approach to the workplace in general and to leadership in particular, can have the superficial appearance of a lack of ambition when judged against a male corporate culture.”

Other issues include the fact that women have fewer incentives than men to join the workforce. The pay gap is very real and very dissuasive: Women are generally paid less for doing the same work as men, even though they also bear the bulk of responsibility for child- and elder-care and housework.

The career-inhibiting effects of family life for women cannot be underestimated: When a woman has a child, she is required to at least interrupt and at worst sacrifice her career for her family. As a result, most companies assume that a career is not the first priority for women. The perception is that a woman with children needs to dedicate her evening hours to her family and will therefore be unavailable for a job whose responsibilities might demand long days.

Another obstacle for women is the difficulty they encounter in developing career-building relationships. Women aiming for management positions need to develop a healthy, supportive network of both male and female contacts and mentors. It is virtually impossible to get ahead without forging internal and external relationships that include mentors and sponsors. The insights of these people are invaluable to career advancement. But because of clannish masculine behavior which frequently excludes women from out-of-office professional functions as well as specific rules governing appropriate behavior in the workplace, men may be reluctant to initiate mentoring a woman for fear of negative repercussions.

The impact of giving more leadership roles to women

Another study of more than 21,000 public companies in 91 countries by the Peterson Institute and EY, a professional services firm, found that a company with 30% female leadership could expect to add up to six percentage points to its net margin when compared with a similar business with no female leaders.

Stephen R. Howe, Jr., EY’s US Chairman, said “The research demonstrates that while increasing the number of women directors and CEOs is important, growing the percentage of female leaders in the C-suite would likely benefit the bottom line even more.”

But financial gain is far from the only benefit women bring to management roles.

Female leaders create less gender discrimination in recruitment, promotion and retention, according to the Peterson Institute, and that gives companies a better chance of hiring and keeping the most qualified people.

Increased innovation is another benefit of female leadership. Joe Carella of Eller College of Management has found that diverse companies become more creative. “We did our own analysis of Fortune 500 companies,” he told CNBC Make It, “and we found that companies that have women in top management roles experience what we call ‘innovation intensity’ and produce more patents – by an average of 20 % more than teams with male leaders.”

Another study led by Professor Øyvind L. Martinsen of the BI Norwegian Business School came to even more stunning conclusions. After assessing the personality and characteristics of nearly 3,000 managers, he found that in nearly all areas, women were better leaders than their male counterparts, outperforming men in four of the five categories studied: initiative and clear communication; openness and ability to innovate; sociability and supportiveness; and methodical management and goal-setting.

The value of increasing female participation to the workforce is inestimable: an increased labor supply; higher incomes for women; productivity gains and improved bottom lines for companies; and reduced poverty in developing countries, to name but a few.

On Wednesday, October 10, 2018, Governor Jerry Brown of California, signed a law that requires every California-based publicly held corporation to have at least one female on their board of directors.

Let’s hope it’s the beginning of a global trend for a better future at work – and business success!