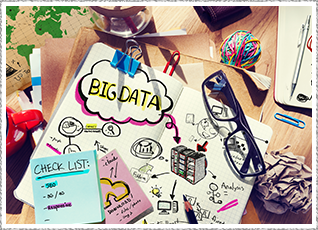 It’s here. It’s changing the world. And it’s only going to become more important for all of us.

According to a recent estimate by IBM, 2.5 exabytes – 2.5×1018 bytes – of data are created every single day from sources including sensors, social media and billions of PCs, tablets, smartphones and other mobile devices. In fact, some say that 90% of the data in the world today has been created in the last couple of years.

But until very recently, only a few types of organizations – primarily multinational corporations and well-funded government agencies – could afford the hardware and software needed to even begin to collect and analyze that information and turn it into something useful. But now, the ability to store, analyze and manipulate massive datasets is within reach of the masses.

So what are people doing with Big Data – and how is it making life better for the everyday consumer, small business and entrepreneur? Let’s take a look:

Understanding customer behaviors and preferences is one of the biggest and best-known uses of Big Data. Companies are keen to expand their traditional data sets by adding social media data and browser logs, as well as text analytics and sensor data – putting it all together to get a more complete picture of their customers.

Big Data is even helping optimize HR. Techniques like those used in the film ‘Moneyball’ optimize talent acquisition, while tools can measure company culture and staff engagement.

Science and research is being transformed by the new possibilities big data brings. At CERN, for example, the Swiss nuclear physics lab, experiments to unlock the secrets of our universe generate huge amounts of data. CERN uses the computing powers of thousands of computers distributed across 150 data centers worldwide to analyze its data – and these data centers can be leveraged to transform so many other areas of science and research.

Here are three amazing and intriguing ways big data is being used – right now – to transform businesses and organizations around the world:

1. Netflix: Millions of live streaming customers in the US and around the world generate an awful lot of data. The company knows what users watch, when they’re watching, where they’re watching and what device they’re using. It has data on when you rewind or fast-forward, when you pause and when you stop watching a show or movie entirely. And it is putting that knowledge to work in creating its own programming. When it remade the BBC series ‘House of Cards’, it correlated fans of the original to fans of actor Kevin Spacey and director David Fincher. Guess who starred in and directed the remake?

2. Lady Gaga: Troy Carter, Lady Gaga’s business manager, is a fan of big data. He mined the star’s 31 million Twitter followers and 51 million fans on Facebook to create Littlemonsters.com. A magnet for Gaga fans, the site effectively bypassed the social media networks so the artist (and her savvy management) keep 100% of future revenues.

3. The CIA: Sure, being a spy looks glamorous in the movies. But the reality? A bit more down to earth. The CIA is hiring data scientists. “We are looking for curious, creative individuals interested in serving their country through the field of data science,” reads the job posting on CIA.gov.

Whether you’re looking for the secrets of the universe, settling down with a movie or hunting down those missing missile plans, big data is your go-to tool for understanding the world. But there are some things it can’t help you with… yet.

Like where on earth you left that television remote. 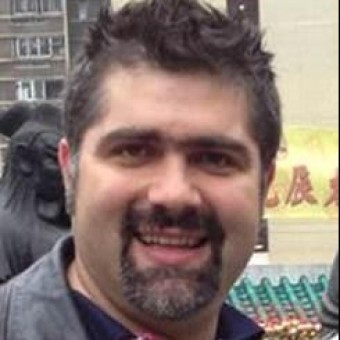