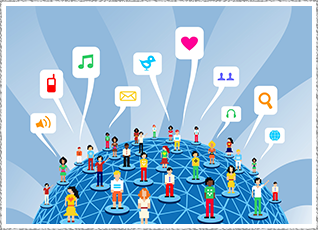 How finding your niche can be the key to social success

The late 90s and early 2010s have undoubtedly been the decade of social media. In just a few short years, sites like Facebook, Instagram, Twitter and LinkedIn have taken the world by storm, while other challengers like MySpace, Bebo and Google+ have fallen by the wayside. But while today’s social behemoth Facebook and its billion active users are taking the lion’s share of the media coverage and awareness, there are a number of new, niche social media sites offering individuals with shared interests new ways to interact – and are opening up new opportunities for smart businesses.

One of the most successful niche networks in the UK is Mumsnet – a forum for mothers of young children that has become a phenomenon. It was founded in 2000 by Justine Roberts who, as a mother of one-year-old twins, wondered during a flight from London to Miami (for which she found herself woefully underprepared) why there wasn’t a forum for people like her to share the difficulties, successes, doubts and triumphs of parenting.

A few months later, there was – and today Mumsnet is one of the most popular and influential forums in the UK, driving campaigns and discussion, and attracting celebrities and even politicians keen to secure its members’ support. Indeed it was a key battleground in the 2010 general election – and you can bet politicians  are already wondering how they can mobilise the Mumsnet vote for next year’s contest.

But there are a lot more social networks that cater to a huge range of interests from pet care to comics, social philanthropy to environmental activism. They may be less well known than Facebook, LinkedIn and even Mumsnet in the wider world, but they’re critical to their audience; and every one of them offers smart businesses the chance to gain serious advantages:

Qualify leads by talking to people you know are interested in your product – or at least in your sector.

Increase engagement by connecting with users who are inherently interested in your niche; they’re more likely to interact with forums, discussions – and you.

Increase ROI through focused offerings – and through relevant content delivered to interested people, giving you more bang for every buck.

With today’s flexible hosting and storage services, starting a network of your own is becoming a viable option for niche businesses looking to gain the greatest marketing ROI possible. Starting a new social networking space for your business takes time and effort, but it can pay dividends for years to come, especially given the figures:

Be under no illusions: investing in a niche social networking space for your business or community takes time, effort and investment. But if the addressable audience is large and passionate enough about your topic, it could also be an incredible opportunity.

Once you have sourced a capable hosting service, you need to address these three key concerns, all of which can make or break a social network.

It’s time to find your niche
As the world’s online presence grows, more and more businesses are setting up ecosystems for their communities to meet, and ultimately converting those connections into sales. It can offer a smart alternative to relying primarily on cutting through the noise on mainstream platforms.

Scott Maryan is Arkadin’s Learning Media Consultant, based in the UK. Scott joined Arkadin after having worked five years in the eLearning industry, and before that as a teacher. Scott is responsible for supporting the business in all things eLearning, including the creation of product-based rapid eLearning modules, the administration and development of the organisation’s Learning Management System, The Arkadin Learning Hub and the co-building of “Jack the Trainer” training videos. He describes his work as having to wear a different hat every day. Scott spends his spare time spending half his money on his daughter and the other half on collecting and restoring vintage Vespa scooters. 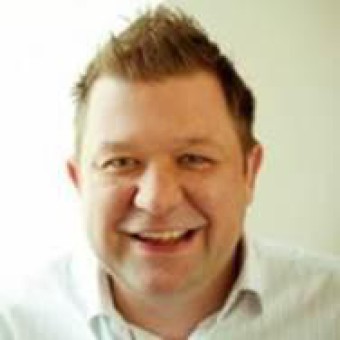