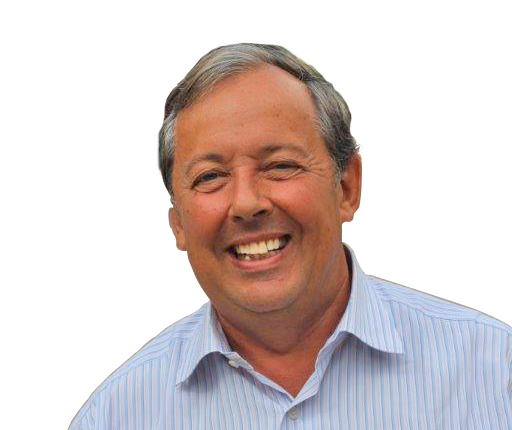 In 2001, a man from Toulouse who admits to “never having done anything at school” founded Arkadin with three other people. Within six years, the start-up became the fourth largest private teleconferencing (audio conferencing and web conferencing) company in the world, with 25 offices in key cities including Paris, London, New York, Sydney, Hong Kong, Singapore, Beijing and Tokyo. How?

This self-taught businessman has always had the same obsession: finding ways of connecting people. He started with couriers, then faxes. Today, it’s teleconferencing. He’s a linkman, a mediator, a messenger, an evangelist. If people ever run out of messages to send, he’ll invent a way of exchanging silence.

The business might have been called Téléconférence.com. But Olivier de Puymorin and his partners preferred a different name: Arkadin. As in Mr. Arkadin, the 1955 film by Orson Welles. Arkadin is a name that says a lot more than those of the American market giants Intercall and Première. As its founder says, “it’s more imaginative, so it fuels your dreams more”. But rest assured, Olivier de Puymorin has little in common with the wealthy arms dealer who pretends to suffer from amnesia in the Welles film.

He got his first taste of real life while doing his military service in a Spahis regiment in Germany. His parents then pulled strings for him to start work in a bank. For a young man with no training and just out of military service, it was hardly an enticing prospect. “Working in a bank is great, you start at 19 and you only have a great career when you reach 60”, he said.

At first he rebelled against his parent’s wishes. He ran away, muddled through for a while and then returned to the bank where this time he was provided with his first opportunity by a boss who specialised in asset management.

In 1976, the same manager entrusted him with a mission worthy of the name: to make 300,000 francs. The apprentice banker got on his feet, knocked on doors, worked the phone. Little by little, life taught him to believe in himself.

In 1981, the election of Mitterrand spelled the end of his banking ambitions. He was told the banking industry was finished. No matter. The apprentice banker became an apprentice investor.

He borrowed 20,000 francs to buy 20% shares in a courier company. He quickly discovered that the company had a deficit of one million francs. While his business partner dissolved into tears, he faced up to the facts and went to see to his business partner’s parents-in-law: “We’ve got to get hold of some money, my parents don’t have any, nor do yours, so I’m going to explain to your parents-in-law that they need to lend us some”.

They lent him 400,000 francs and two years later, the small courier company had grown from one million to six million francs in annual revenue. Once again, life had reaffirmed the confidence Olivier de Puymorin had in himself: “I told myself, you’re not so bad at managing people and making money”. It isn’t the people who set businesses up who are the most talkative or indeed eloquent about them. But when they do talk about them, their comments are always very simple and direct, even brutal at times.

In 1983, having repaid the loan to his first business partner’s parents-in-law, he launched another courier company. A more innovative one this time.

He designed polyethylene envelopes with the customer’s number on them. This way the journey became less unpredictable, the letter was more secure, and the courier’s working conditions were improved. Couriers no longer had to arrive at their destination with blackened, wet hands.

To sell the envelopes, he created another company, PSE, or Plastic Sac Equipement. Quickly realising that the added value in the courier business was low and, in particular, had no ‘human technology’ factor, he sold his courier business and decided to buy a fax machine.

And so the serial entrepreneur pursued his obsession: finding ways of connecting people. He hit on the idea of the courier-fax pairing and became the Interflora of faxing.

In 1984 he bought a fax machine, set up Eurofax and told his customers that his new idea for fast messaging was more efficient and economical than DHL or FedEx, which were still relatively unknown in France.

“You place a document in my fax machine and out it comes again three minutes later in New York, where I have a courier who takes the document out of the machine and delivers it to your destination”. But Olivier de Puymorin is a serial entrepreneur, not a serial salesman.

He was never going to be happy just selling Sagem fax machines. He would buy his machines from Belgium, strip them down overnight, reassemble them in the morning in Paris, and then deliver and install them for his customers.

But from 1990 the price of fax machines went down and the products became a commodity. It was time to find another service concept.

In 1992 he came across Xpedite, an American company that had developed software for sending the same document to thousands of recipients simultaneously. He found a contact number for Roy, the owner of Xpedite, in Yellow Pages. Olivier said ‘hello’, Roy said ‘bonjour’, and they got together in New Jersey. Olivier came away with a licence to use Roy’s technology.

Back in France, Olivier knocked on some doors, rang a few bells, and told his customers that they could now send thousands of faxes in one go. A new door then opened in the name of Apax Partners, who in the meantime had become shareholders in Roy’s company a year after he had granted a licence to Olivier. And so it was that in 1993 Olivier met Eddie, the owner of Apax France. His company was only generating a million francs in annual revenue then.

For the first time, Olivier came into contact with a former student from the elitist Grandes Écoles system. “Since I wasn’t ready to go fishing or do my own little business, we went into business together”, continues Olivier. The investor had the knowledge, the entrepreneur had the instinct, and together they were going to make a killing.

Olivier learned how to make a multi-year business plan and to control his entrepreneurial impulses. In 1999, Xpedite France achieved a turnover of 100 million francs and was sold to Xpedite USA, which itself would be acquired by Première, one of the leaders in teleconferencing in the United States.

A consultancy contract was offered to Olivier, but as he hadn’t yet decided to renounce the world and re-read the writings of Teresa of Ávila, he decided to develop the teleconferencing market in France. First with Americans, and then in his own way. ‘The Americans think that the French should do the same as them, and of course it doesn’t work’. Short, sharp and effective.

In 2001, Olivier poached two people from Xpedite to found Arkadin. They started above a 30 m2 office near the Gare du Nord. Everything had to be done at once – buy a new technology from an Irish company, find some customers, and find some money. He went on the road, visited his friends and raised 1.5 million euros in 50,000 euro chunks.

In the first year Arkadin expanded to the British and Spanish markets through an original growth model. “Our local partners pay us a fee, open up the Arkadin country office and we support them in developing their market. Spanish people in Spain, English people in England”.

Meanwhile, Eddie hadn’t forgotten about Olivier. In 2004, he decided to invest in Arkadin.

Today, each month Arkadin hosts more than 250,000 conferences and over one million people use its services in 17 countries.

Unlike Mr. Arkadin from the film, the founder of Arkadin likes people. ‘To be an entrepreneur, you have to like people. If you don’t like people, it’s not going to work, you have to like them and help them to reveal themselves”. Ultimately, Olivier is a true original, the embodiment of generosity with a passion for life. He has succeeded in achieving what was for Montaigne the most difficult thing of all: to be totally himself without thinking only or firstly of himself.

Excerpted from ‘LITTLE stories about BIG entrepreneurs’ by Paul-Henri Moinet and Dominique Julien.