It seems like everywhere we look these days, there are Superheroes and dire situations: for the X-Men, it’s the Apocalypse, and for Captain America, it’s Civil War. As usual, the fate of the Earth hangs in the balance. And as usual, the good guys triumph over the villains.

Life in the workplace is a little bit like that. (Well, obviously, we’re not usually responsible for the fate of humanity – which is quite a relief!) But there are superheroes among us who, cleverly disguised as normal coffee-drinking people, are able to leap tall tasks in a single bound, organize meetings at the speed of light, and defeat the blues with a single contagious smile.

Believe it or not, everyone has a super power. Even you. It might not be a big thing, like being able to solve complex mathematical problems in your head or run even faster than Usain Bolt. But maybe you’re a person who can sense when the time is right to buy a certain stock. Or perhaps you’ve got a sixth sense for knowing what colors are going to be trending next season. Maybe your power is an even subtler thing: you might be someone who knows how to defuse a situation that’s turning negative. That’s a super power called positivity, and it’s a valuable talent that can lead to a career in crisis management. What is your secret power? What’s the one thing you do better than those around you? Once you’ve identified it, it’s time to unfurl your cape and let your super flag fly.

Don’t hide behind a mask

Sure, Batman needed a disguise to hide him from his enemies. Same with Spiderman. And Wolverine? Well, let’s just say he needed a lot more than just a mask. But unless you’re planning on spending your career in the mailroom, you need to let the powers that be see your super power at work, whatever it may be.

So step out of the shadows. Make sure you get noticed – by both your colleagues and by management. How? Start by being generous with your praise (but not to the extent of letting others take credit for your ideas). Then take on a little more responsibility when you can. Get involved with your company’s charity events. Become a mentor to a new employee, or find a mentor for yourself. Little by little, you’ll start to be seen as a workplace hero, the kind of person people respect, admire, and look to for advice.

Sauerman sums it up perfectly: “The way I see it now, we are all superheroes. Every single person has a super power. The only difference between ‘talented people’ and ‘super heroes’ is whether or not their SUPER POWER switch is turned ON, or OFF. And the only person who can flick that switch ON is YOU. And the only time to flick the switch is right now.”

Suzanne Smith is the Director of Human Resources for Arkadin North America, based in Atlanta, GA. She is responsible for providing strategic leadership and direction of company human resources functions, policies and processes that help drive growth and maximize achievement of short and long-term business goals. As a member of the senior leadership team, Suzanne develops and communicates strategies to support a capable, engaged and energetic employee community. Suzanne has held various HR leadership positions where she has designed and implemented human resource programs that attract, engage and retain key talent and drive business success. Outside of the office, Suzanne enjoys cooking and attending live music, sports and cultural events. 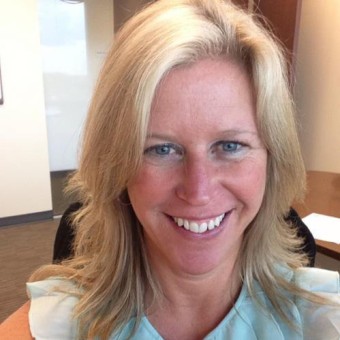