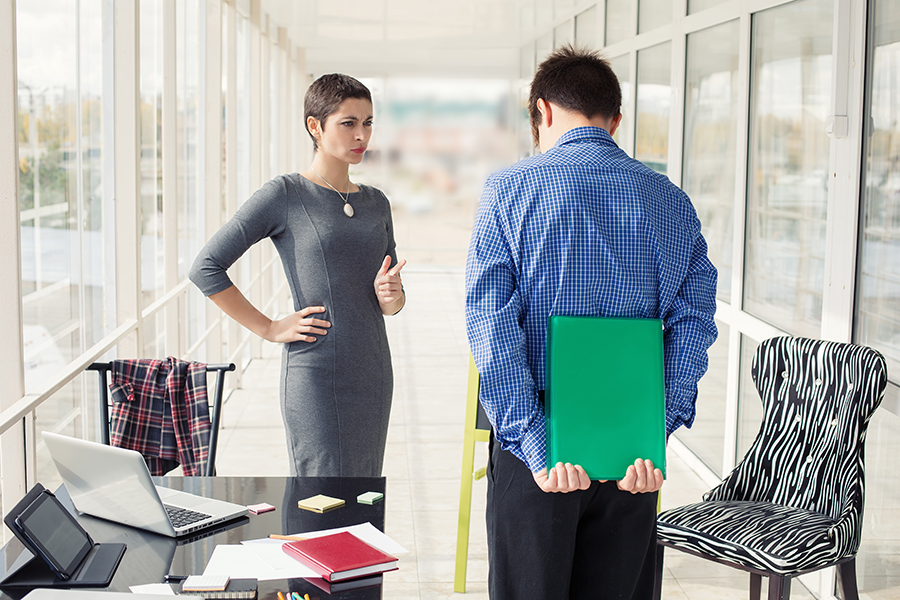 Did you ever come out of a performance review and think, “Everybody hates me, I suck at my job!”? Even though you were probably praised for several different achievements, it’s always those one or two negative comments that stick with you and overshadow everything else. Why is this?

It turns out that there are sound psychological reasons for this.

Why we process criticism differently than praise

Almost all of us tend to zero in on our negative experiences. “This is a general tendency for everyone,” said Clifford Nass, who was a professor of communication at Stanford University. “Some people do have a more positive outlook, but almost everyone remembers negative things more strongly and in more detail.

“The brain handles positive and negative information in different hemispheres,” said Nass, author of The Man Who Lied to His Laptop. “Negative emotions generally involve more thinking, and the information is processed more thoroughly than positive ones. Thus, we tend to ruminate more about unpleasant events – and use stronger words to describe them – than happy ones.”

Similarly, Roy F. Baumeister, a professor of social psychology at Florida State University, states “Research over and over again shows this is a basic and wide-ranging principle of psychology. It’s in human nature, and there are even signs of it in animals”. He summarizes: “Bad emotions, bad parents and bad feedback have more impact than good ones. Bad impressions and bad stereotypes are quicker to form and more resistant to disconfirmation than good ones”.

How we can hear the positive when receiving criticism

When you get negative feedback from your boss or from a colleague, it’s important to take the criticism seriously, of course. After all, that’s where you need to focus if you want to improve.

But dwelling only on the negative can be debilitating. There are several things you can do to take much of the sting out of criticism.

Write down the praise

Dig in to better understand the praise

. Ask questions and gather concrete examples of how you’re effective. For example, you might say: “I’m so glad my workshop was helpful to you. What about it was helpful? What did I do that helped you learn?”

. Self-doubt can make us mistrust compliments. Don’t allow your inner critic to undermine the positive. Internalize the praise and act as if it is true, even if you don’t believe it at first.

This is a simple strategy that can be surprisingly effective. Create a file where you save all the praise you’ve received from your managers and colleagues, as well as any emails from friends or family that make you feel particularly good. Read them when you’re feeling low.

As Professor Baumeister noted in his study, “Many good events can overcome the psychological effects of a bad one.”