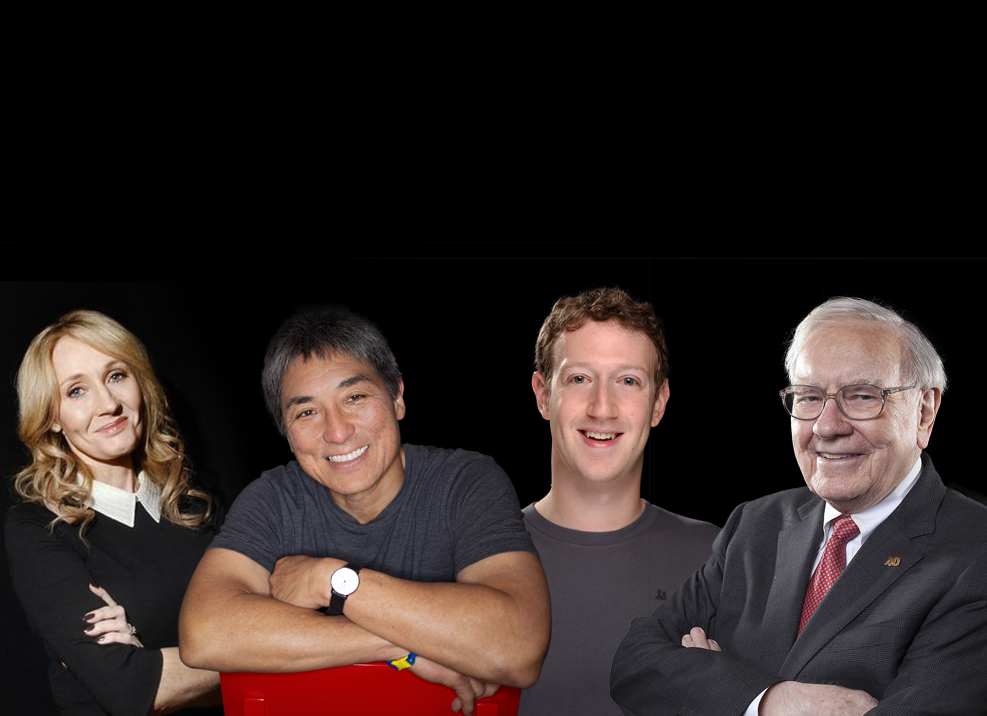 Your career has gotten off to a good start, but there’s no guarantee your path will lead to fame, fortune, or even simple satisfaction. Here are some tips from world-renowned businesspeople on how to sow the seeds for success, and you can start doing them all right now.

Mark Zuckerberg, Co-Founder and CEO of Facebook, is currently worth about, oh, $33 billion. One of the ways he created the company that transformed the world was with the help of his mentor – a certain Steve Jobs. “He was amazing,” said Zuckerberg. “I had a lot of questions for him.” Jobs advised him on how to build a team that was just as focused as Zuckerberg on creating great, high quality things and making a difference in people’s lives. In his final Facebook post to the late Jobs, Zuckerberg wrote: “Thanks for showing me that what you build can change the world.”

To find a mentor, approach people who are already good at doing the job you want to be doing in 10 or so years.  And don’t be afraid to ask – you might be surprised by how many executives welcome the opportunity to share their knowledge.

2. Learn to take failure in stride

J.K. Rowling, author of the “Harry Potter” books, has sold more than 450 million copies worldwide. In fact, her books are one of the ten best-selling products of all time. But before striking it rich, Rowling was a single mom living on welfare in the UK. She famously began writing her books in cafes because it was too cold in her flat. Her book was rejected 12 times – until the eight-year-old daughter of an editor read the submitted excerpt and demanded to “read the whole thing”. The editor agreed to publish it (but advised Rowling to “get a day job” saying there wasn’t much money in children’s books!). Of her early failure, she says it was a “gift” from which she gained valuable knowledge about herself and her relationships through adversity.

The takeaway here? You will fail. It’s inevitable. What matters is how you use the experience in a positive way to benefit your career and grow.

3. Work on being someone others admire

Warren Buffet is both the one of the richest people in the world and the most generous person in the United States. He is also a model of fairness and good practices in his business dealings, and extremely generous in his expectations of employees, partners, and customers. At a recent annual shareholders meeting of Berkshire Hathaway, a seventh-grade boy asked Buffett, “How do you make lots of friends? And how do you get people to like you and work with you?” Buffet joked that he was on the obnoxious side early on, but learned to change his behavior as he matured by learning from teachers and acting in a similar way to those he admired.

Buffet’s lesson is simple yet fundamental: never underestimate the power of a likeable personality.

Formerly of Apple and Google, Guy Kawasaki has advised many startups on the way to success. His advice is to never stop learning and not worry if your first job isn’t quite what you expect. “Over your lifetime, you’ll probably have five to 10 jobs in two to three industries. Your first job is not going to be your last… The only mistake you could make is taking a first job where you couldn’t learn anything”.

To keep on learning, keep an open mind. Take advantage of company-paid training to move toward a position that suits you better. And understand that the more you learn, the closer you’ll get to your “dream job”.