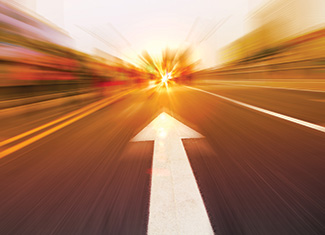 Unified communications are changing the way businesses and employees communicate, collaborate and make decisions. Discover what the future holds for UC and how this future will directly impact on the way your people work.

Ever read Malcolm Gladwell’s The Tipping Point? It deals with the way things become ubiquitous.

You think you’re the first to hear a new song, or write about an idea, or test a new technology… then suddenly it’s everywhere. It’s passed the Tipping Point.

It may take time, but the moment a product or service reaches a certain number of people, its audience suddenly explodes. Because it’s more useful to be on the network than off it. (A mobile phone isn’t much use if you’re the only person who’s got one. But these days, is it possible to not have a mobile device?) Value doesn’t come from uniqueness any more. In a connected world, the value of any service multiplies the closer we get to everyone using it.

And the exciting part is that for unified communications – a set of technologies that connect messaging across media, from video and audio conferencing to living content and shared workspace – it’s looking like 2016 marks its tipping point.

This is where Marshall McLuhan, a philosopher of communication theory, was wrong

Companies are discovering that bringing different modes of communication together creates a whole greater than the sum of the parts. That whiteboarding gives people a greater sense of ownership in a meeting; that a webinar connects to audiences more deeply than a conference hall. And it shows that an earlier media theorist McLuhan got it wrong: today, the medium is not the message. The message is the message. And businesses are choosing combinations of media to communicate it.

2015: revving up on the starting grid

Arkadin’s 2015 Unified Communications Report found while over half of companies were ambivalent about UC – stuck on the starting grid, not interested, or not ready to roll – 67% were planning or implementing something. And in UC, that “something” can take many forms, each a gateway to full unified communications.

That first video conference that made remote workers feel part of the team, or that webinar attended by a client who’d never have bought the air ticket… all those incremental benefits can open management’s eyes to the prize. In UC, of course, you don’t have to do it all at once.

And it showed up in confidence about the factor that really matters: ROI. 70% of companies pushing towards UC expected significant returns on their investment by the end of Year 2, with an incredible 93% convinced of the business case.

The year ended with a finding that unified communications is no longer purely a technology or marketing decision. Over half of UC decisions were made in the C-suite. And when the Corporate Center’s involved, you can be sure UC is not just purchasing policy, but company strategy.

2016: roaring forward into a UC world

That means exciting things in store for 2016 and beyond as we head for that that Tipping Point in unified communications. But with 41% of companies encountering employee resistance to UC – and even more feeling it challenged long-established ways of working – how can companies drive adoption to the level where that tipping point happens?

One word sums it up: involvement. Just 12% of companies involved end users of UC technologies in the buying decision. And when people feel a technology’s being forced on them, they tend to reject it. What’s the solution?

It’s in another statistic: nearly two-thirds (65%) of companies felt there was “no single solution suitable for all employees”.

Why is that a solution? Because unified communications isn’t a single solution. From a simple conference call to an all-singing all-dancing high-bandwidth video meeting with whiteboarding and document collaboration, every business problem has a UC solution that works. And since with UC all these technologies can work together, you don’t even need to choose between them. Let your people decide.

In a nutshell, that’s what 2016 has in store for UC: power to the people. Multiple options for communication and collaboration, in the same simple, secure, serviced space.  It’s about enabling your remote workers to be more productive. Fostering work/life balance with flexible working arrangements. Letting people self-organise the way they want, taking all those friendly watercooler chats and chance hallway conversations global.

Unified communication isn’t about technology. It’s about people. And once your people are onboard UC, you’ll see the benefits of that tipping point before your competitors.

Discover the benefits unified communications could bring to your business and your people, download your free eguide collection HR’s Connected Business Bundle now. 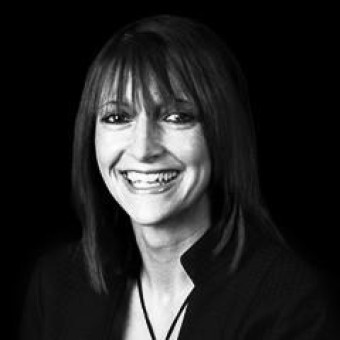